The Power of Ones, by Robert Gore 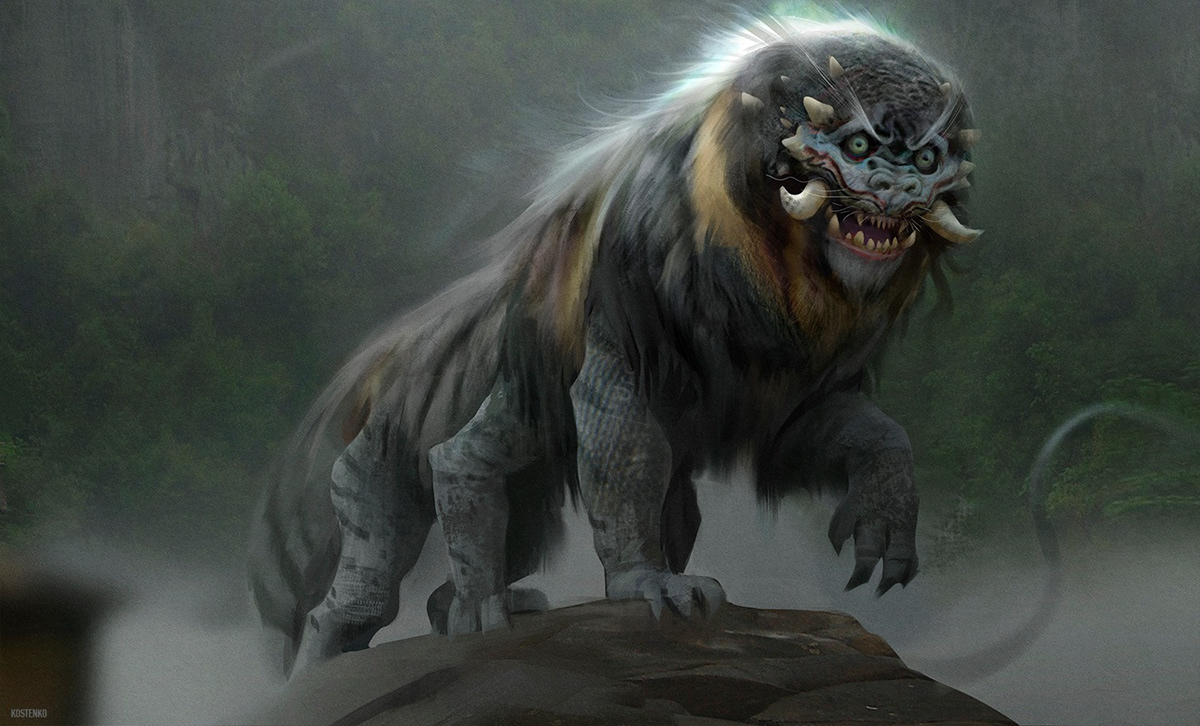 Your first duty is to think for yourself.

Humanity’s greatest scourge is groupthink. Millions have marched off to war, convinced of their side’s goodness and the enemy’s evil, and didn’t come back or came back in coffins. Billions have embraced politics and political philosophies with warning labels for anyone who cared to look: destruction and death sure to follow. Against the death toll from groupthink, the Black Plague, Spanish Flu, cancer, heart disease, and every other human malady shrink to insignificance.

If you could somehow open the brains of those who followed leaders and malignant idiocies to their deaths, the one thing you would find is the thought—actually the stale remnant of a thought, a trite rationalization—because everyone is doing it. Fortunately, it’s never everyone doing it, there are always those who oppose; it’s how the human race has survived. When word and deed become too dangerous, they oppose in thought.

Those times when it has been too dangerous to overtly express opposition to groupthink have been humanity’s darkest ages, lived under its most corrupt and barbaric regimes. We are entering such a time now. These descents are always presaged by a deterioration in thought—mob think and mob rule that become increasingly deranged and dangerous. The specifics of the various manifestations are trivial details, the important commonality is their reflexive hostility to independent thought and the truth.

“Probably. But not quite. I’m not afraid any more. But I know that the terror exists. I know the kind of terror it is. You can’t conceive of that kind. Listen, what’s the most horrible experience you can imagine? To me—it’s being left, unarmed, in a sealed cell with a drooling beast of prey or a maniac who’s had some disease that’s eaten his brain out. You’d have nothing then but your voice—your voice and your thought. You’d scream to that creature why it should not touch you, you’d have the most eloquent words, the unanswerable words, you’d become the vessel of the absolute truth. And you’d see living eyes watching you and you’d know that the thing can’t hear you, that it can’t be reached, not reached, not in any way, yet it’s breathing and moving there before you with a purpose its own. That’s horror. Well, that’s what’s hanging over the world, prowling somewhere through mankind, that same thing, something closed, mindless, utterly wanton, but something with an aim and a cunning of its own. I don’t think I’m a coward, but I’m afraid of it. And that’s all I know—only that it exists. I don’t know its purpose, I don’t its nature.”

Having lived through the Russian Revolution, Ayn Rand knew well the nature of the mob—a drooling beast of prey or a maniac who’s had some disease that’s eaten his brain out…closed, mindless, utterly wanton, but something with an aim and a cunning of its own.

The drooling beast is on the prowl against any independent thought or truth regarding the coronavirus outbreak, the George Floyd riots, and, for that matter, anything else. Hype and hoax, readily recognizable to the intellectually honest, fuel the mob think.

The death toll from Covid-19 will be a small fraction of what was initially projected, depending on which outlandish projection (they ranged from 2.2 million to 100 million in the US) is used as the denominator. The beast, of course, never acknowledges its own fallibility or incompetence.

“Systemic racism” has become the endlessly repeated epithet, but nobody can point to a single institutional system in the US that practices it. The statistics don’t even bear out that police forces are systemically racist, although some police, white and black, individually are. In the US, the last systemically racist institution to fold up that tent was the Democratic party, and it routinely wins 90 plus percent of the black vote. The beast, of course, never acknowledges its own hypocritical inconsistency.

The beast must be watched as a matter of self-defense. It is arbitrary, capricious, and violent, therefore unpredictably dangerous, but it does have an aim and a cunning of its own—the complete destruction of independent thought and the truth. This self-evidently serves its ultimate aim: absolute power through total subjugation and enslavement.

An American archetype of independent thought, action, and the search for truth is the self-made entrepreneur. Entrepreneurs are the heart of a capitalist economy. They build the businesses that produce the goods and services that provide the jobs and the wherewithal necessary for human survival. Successful entrepreneurs have to be independent thinkers and doers; merely imitating what others do yields little or no profit. They live with a simple but difficult truth—products and services not grounded in market reality don’t sell.

While American Revolutionary political figures and the War Between the States laid the ideological and legal groundwork for the American Industrial Revolution, it was the entrepreneurs of that period who transformed the US into the world’s preeminent industrial powerhouse, a land of unprecedented freedom, opportunity and wealth that attracted millions of immigrants. “Self-interested” and “self-made” are beast whistles; nothing stirs its reflexive hatred quite like those terms. At the heart of all collectivist ideologies is savage hostility to entrepreneurs and explicit provision for their elimination or subjugation, which amounts to the same thing.

So Covid-19 commissars, collectivist rioters, and their collectivist political and media supporters have unapologetically destroyed smaller businesses and jobs, the entrepreneurial heart of the economy. Even businesses that have been allowed to reopen have been beset by myriad, constantly changing rules that make planning and full operation impossible. The crony corporate socialists receiving government succor lost their entrepreneurial spark long ago. While such life support may keep the economy alive for a few months, it is the life of a patient whose heart has failed and lives only by virtue of an artificial heart pumping blood into what is essentially already a corpse. Sooner rather than later the patient dies.

While Covid-19 and systemic racism have been hyped and hoaxed, the same mob has consistently ignored or downplayed Covid-19 totalitarianism’s and the riots’ destruction of the economy. A disease that will kill less than one tenth of one percent (< .001) of the US population is worse than the Black Plague (which wiped out 1/3 to 1/2 of Europe’s population), but a catastrophe already worse, by the unemployment numbers, than the Great Depression is merely a temporary economic squall.

If you have either not contracted or survived the coronavirus and thought you were out of the woods, think again. We are entering a forest so dark and deep many of us won’t make it to the other side.

America and most of the developed world were in a debt crisis before Covid-19. Decades of fiat government debt and central bank monetization, plus suppressed interest rates that promoted individual, corporate, and government debt have created a pile so high that it can never be repaid, and the mounting interest and principle payable is greater than underlying global economic growth. Debt service has grown faster than the means to pay it, and that’s in a global regime featuring the lowest (in some cases negative) interest rates in history and economies that were still supposedly growing. What happens when interest rates go up and economies shrink?

Coronavirus debt follies, relief measures, and bailouts are adding massive sums to the governmental debt load. The official tallies of that debt never add in unfunded pension and medical care promises, which in many cases are multiples of the official numbers. Nor do reckonings of total debt from all sources include financial derivatives, the sum of which ($1 to $2 quadrillion) are multiples of total debt plus unfunded liabilities. The lesson the world still hasn’t learned from the 2008 Lehman disaster is that everything is inextricably interlinked. It will only take one large debtor or a significant counterparty in the derivatives market to fail for the whole financial house of cards to collapse.

So while people lockdown, work or not work from home, social distance, face mask, and compulsively sanitize, cowering before the small risk of a germ (how do they even get up in the morning?), they’re blissfully unaware that the world is bankrupt. A tsunami the likes of which none of us have ever seen has already made landfall and will permanently deprive millions, perhaps billions, of their livelihoods and millions, perhaps billions, of their lives. The coronavirus cowards are running from an ant into the arms, claws, and fangs of a very hungry beast.

Those who don’t want to be beast chow will have to think and act for themselves. Those who don’t will get what they deserve. Although they’ll clamor for it, there will be no savior “order” emerging from chaos, only more chaos. Starving, impoverished billions watching their loved ones die will render moot those Agendas, New Deals, Old Deals, World Orders and the other depraved nonsense that bankrupt powers will try to foist on them, but won’t have the means to enforce. The impoverished billions’ only agenda will be sustenance, and bankrupt powers and a global economy in ruins won’t provide that.

This is The Last Gasp of the philosophy of power, coercion, and violence that has ruled most of the planet through most of human history. Those who embrace that philosophy and its destruction and death, which they believe will consolidate and perpetuate their rule, will instead achieve what they’ve secretly always wanted: their own destruction and death.

The order that will emerge in some places—if humanity survives—will be the order that flows from freedom: the order of free thought, free expression, free production, and free exchange. The order of people who respect individual rights—their own and everyone else’s—and will fight to the death to defend them. The order of those who seek neither to rule nor to be ruled. The order of those independent thinkers who hold reason, truth and reality paramount. The time for humanity to reach its shining potential was many millennia ago, but it’s never too late. Never underestimate the power of one, and never underestimate the power of ones—those who envision humanity’s glory and work together to achieve and defend it.

28 responses to “The Power of Ones, by Robert Gore”