Feminism Is A Disease – And Masculinity Is The Cure, by Brandon Smith

The title says it all. From Brandon Smith at alt-market.com:

It seems these days like everyone and their genderfluid grandma has some “profound” insight into the minds and world of men. Men and masculinity are spoken of in the media with sharp tones of fear mixed with disdain, as if we are a dangerous aberrant genetic anomaly that needs to be studied under a special microscope that will protect the observer from being influenced by our vitriolic pheromones. The problem is, most of these “experts” on manhood are not men at all, or, their observations of male behavior are tainted with deep-seated resentments.  That is to say, they are hardly objective.

I recently came across an article by The Atlantic titled ‘Psychology Has A Healthier Approach To Building Healthier Men’. Written around the same time as the embarrassing failure of Gillette’s “Toxic Masculinity” ad campaign, I assume The Atlantic like many other mainstream media outlets was privy to this coming propaganda push and is attempting to rally the leftist troops to defend an ideological partner in crime. YouTube itself has even been aiding Gillette by removing dislikes from the video’s vote count, which just goes to show that YouTube (owned by Google) is not a business but a propaganda machine, pure and simple.

As I’ve noted in past articles on the psychology not only of globalists, but the useful idiots on the political left they like to exploit, these kinds of people often exhibit many of the traits of narcissistic sociopaths. It has been my observation that narcissistic sociopaths tend to come to the aid of other narcissistic sociopaths when they are facing discovery or prosecution.  They are not as isolated from each other as many assume.  They do in fact “organize”, and act to help each other as long as there is mutual benefit.  If one vampire is hunted down by the villagers with their pitchforks, they know that ALL vampires might eventually be hunted down.

There is nothing particularly special about The Atlantic’s analysis of men; it merely regurgitates all the typical feminist misconceptions and fallacies, but more subtly and in a way that might appear “rational” to the unschooled.

I do ask readers to study the article, because it is a perfect all around example of the kind of advanced propaganda men are facing: The dangerous mixture of pseudoscience and cultism.  It presents itself as scientific while lacking any scientific foundation.  It presents itself as fair while being ideologically biased in the extreme.  It acts as if it wants to “help” men while treating men as if we are suffering from a mental illness called “traditional masculinity”.

END_OF_DOCUMENT_TOKEN_TO_BE_REPLACED

When men are ashamed to be men, social collapse can’t be too far behind. From Doug Casey at caseyresearch.com:

The razor company made this clear in a controversial ad that came out on January 13. If you haven’t seen it yet, I suggest you take a couple minutes to watch it. As you’ll see, it’s a clear response to the #MeToo movement and the ongoing war on “toxic masculinity.”

It shouldn’t come as a surprise that there were a lot of strong opinions regarding it. Some people love it. Others despise it. But I wanted to hear what Doug Casey thought… So I called him up last week.

Below, Doug shares his thoughts on the ad… toxic masculinity… as well as white privilege.

Just a forewarning, this is one of the most controversial Conversations With Casey we’ve ever published. You might want to skip reading this one if you’re easily offended.

Justin: Doug, what did you think of that Gillette ad?

Doug: The first thing that came to mind was that, when I was a kid in the ’50s, Schick razors used to sponsor boxing on television. Boxing, ritualized unarmed combat, is about the height of masculinity. It was, logically, sponsored by a razor company.

Now, we have a razor company that’s saying that almost any kind of masculinity is toxic. It’s a complete turnaround, an inversion. And, just as an FYI, Schick has run ads making the same point. As have Dollar Shave Club and Harry’s – both of which are owned by major corporations. I never previously cared what kind of razor I used – never even noticed the brand. But I’m simply not going to buy their stuff from now on, simply because I refuse to support these despicable people even on the tiniest level. I suppose I’ll give Porter Stansberry’s OneBlade razor a second shot. It’s a great shave, just rather retro.

Anyway, the Gillette ad basically says you should be ashamed to be a man, particularly if you’re a white man. The ad – which happens to have been directed by a woman I’ll describe as borderline psychotic – portrays men as horrible human beings. I haven’t done a count, but the only men even trying to do the right thing and moderate so-called toxic masculinity, are black men. So it’s not just that being a man is bad, but being a white man is particularly bad. No wonder 60,000 American white men commit suicide with opioids every year.

This is just one of many signs of the accelerating collapse of Western civilization and everything it stands for.

END_OF_DOCUMENT_TOKEN_TO_BE_REPLACED

The Unprofitably Incompetent, by Robert Gore 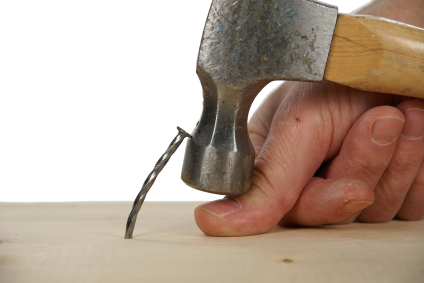 Those who can’t do, demand.

Profit propels civilization. When a producer can make an item or provide a service at a cost lower than a customer values that item or service, and the customer has the means and the freedom to buy, the difference between what’s paid over cost is profit. That profit is the producer’s incentive to produce, and in turn funds the producer’s consumption, savings, and investment, which creates other producers’ profits. Profit is the necessary prerequisite for consumption, savings, investment, and consequently, progress.

Many of us profit every day. We offer services and provide goods, supporting ourselves at a cost that is lower than what we’re paid. We’re profitably competent, engaging in honest production and peaceful, voluntary exchange. The only alternatives to profitable competence are living off of someone else’s profitable competency via inheritance or charity, or criminality—theft via fraud or violence.

Criminals cloak their thefts in all sorts of justifications, some of which, like socialism, become full-blown political doctrines. Ironically, a larcenous litany of demands and rationalizations are efflorescing at a time when whatever is left of the overall profit pool has been drained. It has been mortgaged multiple times, just as hordes of the unprofitably incompetent, who had no hand in producing it, clamor for their “fair share.” They’ll insist the profitably competent figure out how to pay for it, but the fair share of nothing is nothing, political promises to the contrary notwithstanding.

“Your means, my ends; I wish, you fulfill,” is the foundational fantasy of modern governance. The favored groups shelter in their safe spaces—government and its rackets, crony corporations, academia, the media, and Hollywood—living on the delusion that there will always be someone who will produce, without question or protest, for their benefit. Upon that foundation they’ve constructed a phantasmagorical edifice of illusory constructs and passages to nowhere.

END_OF_DOCUMENT_TOKEN_TO_BE_REPLACED

NAPERVILLE, IL—One man has taken the message of Gillette’s new “toxic masculinity” campaign to heart. Devin Camp saw the commercial and it caused him to perform an introspective look at his own motivations of behavior regarding manliness. One area of life he felt especially convicted was the task of snow removal.

“I’ve always just assumed that in our family, I would be the one to clear the driveway when we get snow,” Camp said. “But after seeing the video, I decided to start breaking down the stereotypes passed down from my father and his father before him. So, this weekend, when twelve inches of snow fell, I swallowed my pride, handed my wife the snow shovel, and told her I was going to let her do it.”

Camp’s wife, who is three months pregnant, was surprised by the gesture but honored that her husband would be so forward-thinking as to allow her the privilege of completing a job traditionally reserved for men. “It took me an hour and a half, and I think I strained an oblique muscle, but the pride and joy I felt being married to such a noble and generous man, helped me to push through the pain.”

Are You Suffering From Toxic Masculinity? Know The Warning Signs, by The Babylon Bee

From The Babylon Bee via theburningplatform.com:

More than 40% of men today suffer from it—and their loved ones pay the price.

It’s called “toxic masculinity,” and it’s the latest disease to plague the nation. It can affect every aspect of a toxic man’s life. Worst of all, toxic masculinity is contagious, so if you’re infected, you need to know right away so you can avoid spreading it to your friends and family.

Are you or a loved one suffering from toxic masculinity? Know the warning signs so you can seek help:

If you or your man are showing one or more of these symptoms, contact your medical professional today. Get help, before it’s too late.