Simon Black’s weekly chronicle of the absurd. From Black at sovereignman.com:

Argentina Passes Wealth Tax in the Name of COVID Recovery

In response to COVID-19, Argentina implemented strict lockdowns which further destroyed its already struggling economy. And Argentina’s lockdowns did not achieve the government’s objective of slowing the spread of the disease.

Now, these brilliant politicians think they have found the solution to rebuild: a new wealth tax.

The government introduced a “one time” wealth tax which affects any Argentine with assets totalling $2.4 million or more.

These citizens will owe up to 3.5% of their total net worth to the government, and 5.25% of any wealth held outside of Argentina.

The government plans to use the money to pay for healthcare supplies, small business relief, scholarships, and some natural gas ventures.

They might as well also buy a billboard that says, “Do not bring your wealth to Argentina.”

COVID Brownshirts will be lurking the streets of Pasadena, California to catch people not wearing masks in public.

Sometimes the inept and corrupt must face extra-judicial consequences. From Tom Luongo at tomluongo.com:

UPDATE: Mea Culpa, this is not news. But an historical reminder of what happens when the people get fed up with a corrupt government incapable of serving their interests.

Rememeber this? The president of Argentina has left the building. According to the Daily Mail 20 years ago :

President Fernando De la Rua resigned and fled the government palace in a helicopter, driven from office by a devastating economic crisis and days of rioting that left 22 people dead and homes and supermarkets across Argentina ransacked.

This is the news: Police faced rioters with stones this week.

This is what the face of real anger and desperation in the face of a government that is equal parts corrupt and inept looks like.

No one wants to see this kind of abuse of any other human being. It’s anathema to life itself. But everyone makes a choice. The police choose to put on their uniforms and riot shields to enforce immoral orders while the people make the choice to stand up to it.

END_OF_DOCUMENT_TOKEN_TO_BE_REPLACED

Doug Casey on What Happens When Socialists Win Elections

A short summary: nothing good. From Doug Casey at internationalman.com: 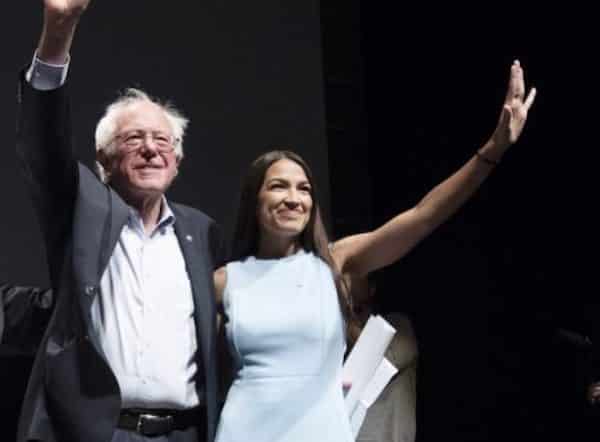 The Argentine peso lost 30% of its value in a single day. The same day, in US dollar terms, the value of the Argentine stock market was cut in half.

Doug, you spend a lot of time in Argentina and the Southern Cone. What’s your take on the situation? Is Argentina headed for another currency collapse?

It’s a real pity because Macri is a decent human being whose heart was is in the right place politically and economically. But he was too timid. He did too little too late. Typical of “conservatives” everywhere, he didn’t make a moral argument to the populace. He made no effort to pull the corrupt fascist welfare state out by its roots, explaining why it’s destructive and why the state is the cause, not the cure, of the country’s problems. Instead, he just made some marginal improvements around the edges, and made things more comfortable for the Peronists now that they’re back in office.

END_OF_DOCUMENT_TOKEN_TO_BE_REPLACED

Why Argentina Will Never Dollarize, by Bianca Fernet

It’s an Argentine male thing the rest of the world doesn’t understand. From Bianca Fernet at wolfstreet.com:

If Argentina possessed the dedication to logic and collective will to do something so drastic, they would not be in this predicament in the first place.

Bianca Fernet was “born” in 2011 out of my frustration with coverage of Argentina’s economy that I felt missed the point and demonstrated a vast chasm between reality. Frankly, everyone else didn’t know what they were talking about so I felt a moral obligation to jump into the fray.

It is perceived moral obligation that has lured me back behind my cheeky pseudonym to opine on Argentina’s current economic malaise. I’m going to start with the idea that Argentina will replace the peso with the US dollar, which is making the rounds in the Wall Street Journal, this article on Forbes, and pretty much every think tank whoring themselves around for a slice of the action.

Let me be clear – anyone who holds this opinion has zero idea what they are talking about and may have never met an Argentine in their lives.

Argentina will never ever dollarize despite there being a strong economic case in favor of doing so because it is run by Argentines. If Argentina possessed the dedication to logic and collective will to do something so drastic, they would not be in this predicament in the first place. Again. Argentines are neither swayed nor convinced by strong logical cases.

END_OF_DOCUMENT_TOKEN_TO_BE_REPLACED

Anyone who buys Argentina’s newly issued 100-year bonds as an investment probably deserves what they are going to get: massive losses when interest rate, and almost certainly at least one Argentinian default before the bonds mature. From Doug Casey at caseyresearch.com:

That’s not a typo. South America’s second-biggest country issued a bond that matures 100 years from now.

This is completely nuts. After all, a lot can happen over the course of a century. Not to mention, Argentina doesn’t exactly have the best credit history.

It’s defaulted on its debt seven times since it was founded in 1816. Three of those defaults happened in the last 23 years.

And yet, people lined up to buy these bonds. To make sense of all this, I called up Doug Casey. Below is a transcript of our conversation. We hope you enjoy.

Justin: Doug, what do you make of Argentina selling 100-year bonds?

It’s all quite amazing, from a number of points of view.

But first, I’ve got to say something about bonds in general, to set a context. As we speak right now, we’re at the peak of probably the biggest bubble in history. Vastly bigger than the Tulipmania of the 17th century, the South Sea and Mississippi Bubbles of the 18th, and the ’20s stock market bubble of the 20th combined. It’s a super bubble. The current bond bubble will go down in history. As a catastrophe.

I used to think it was metaphysically impossible for interest rates to go below zero. But clearly with financial engineering absolutely anything is possible.

The very idea of buying almost any kind of bond in today’s market impresses me as incredibly stupid. But buying a bond that goes out a hundred years is the type of thing that only happens at the top of a mania. And to top it off, it’s with the government of Argentina…

The whole world—not just computers—is changing at the rate of Moore’s Law.