The land of the guy who’s credited with saying, “I may not agree with what you say, but I will fight to the death your right to say it” (Voltaire) is ominously becoming one of the most speech repressive in Europe. From Guy Millière at gatestoneinstitute.org:

Paris, October 16. A history teacher who had shown his students cartoons of the Islamic Prophet Muhammad and had spoken with them about freedom of speech was beheaded in Conflans-Sainte-Honorine, a small town in the suburbs of Paris. The murderer, who tried to attack the police attempting to arrest him, was shot and killed while shouting “Allahu Akbar”. According to the public prosecutor, he was a family member of one of the students. The facts are still unfolding….

Globalism is a Western Idea. The Rest of the World Killed It, by Daniel Greenfield

Implementing the globalist vision is even more difficult than herding cats. From Daniel Greenfield at danielgreenfield.org:

When globalism’s obituary is finally written, and the mourners file past in their crisp suits and pantsuits, the cause of death will almost certainly read, the People’s Republic of China.

China is the most obvious offender. Even before the Wuhan Virus cut off countries from each other, the Communist oligarchy had abused the world economy with massive digital theft, even more massive counterfeiting, product dumping, and every possible form of economic warfare.

That’s why any halfway serious adult on the other side supports Trump’s fight against China.

Last year, even George Soros, the uber-globalist, called Trump’s trade war with China his greatest achievement. This year, during the coronavirus crisis, Soros came out against working with the People’s Republic of China against the virus.

The source of Soros’ opposition is the fear he expressed at Davos that the PRC’s social credit system could “sound the death knell of open societies”. By open societies, he meant globalism.

Unlike many, Soros isn’t worried about the loss of personal freedom, but the endurance of the nation state. China, like Russia, has shown that a nation-state with mass propaganda, a censored internet, a powerful secret police, and all the digital toys on sale in stores can survive the pressures of modernity that are fracturing the nations and peoples of the Western world.

But all of that depends on the PRC’s ability to generate wealth and raise living standards.

China is engaging in massive economic warfare, not just for the obvious reasons, but so that the Communist Party can maintain its grip on power by delivering the same lifestyle of digital toys enjoyed by Westerners to the PRC’s middle class and rather more lavish lifestyles for the rich.

What Soros was also implicitly admitting was that globalism faces its biggest threat, not from Western revivals of nationalism, but from non-Western nations that never stopped being nationalistic. Globalism is a Western idea that Non-Western nations never bought into.

END_OF_DOCUMENT_TOKEN_TO_BE_REPLACED

Misreading Victory: US After the Cold War, by Andrew Bacevich

The fall of the Berlin Wall and subsequent dissolution of the Soviet Union turned out not to be hugely positive for the US, as so many US policymakers thought it would be at the time. From Andrew Bacevich at consortiumnews.com:

Andrew Bacevich highlights some of the world-shaping developments that Washington policy elites overlooked back in 1989, when the U.S. was intoxicated by a belief in its own omnipotence. 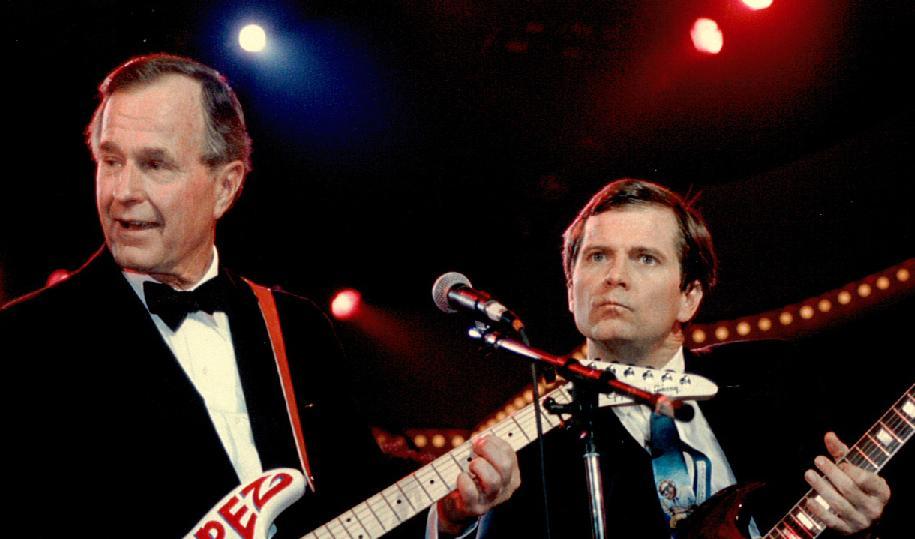 Thirty years ago this month, President George H.W. Bush appeared before a joint session of Congress to deliver his first State of the Union Address, the first post-Cold War observance of this annual ritual. Just weeks before, the Berlin Wall had fallen. That event, the president declared, “marks the beginning of a new era in the world’s affairs.” The Cold War, that “long twilight struggle” (as President John F. Kennedy so famously described it), had just come to an abrupt end. A new day was dawning. Bush seized the opportunity to explain just what that dawning signified.

“There are singular moments in history, dates that divide all that goes before from all that comes after,” the president said. The end of World War II had been just such a moment. In the decades that followed, 1945 provided “the common frame of reference, the compass points of the postwar era we’ve relied upon to understand ourselves.” Yet the hopeful developments of the year just concluded — Bush referred to them collectively as “the Revolution of ’89” — had initiated “a new era in the world’s affairs.”

END_OF_DOCUMENT_TOKEN_TO_BE_REPLACED

There are things that cannot be publicly discussed in France, notably criticism of Islam. From Guy Millière at gatestoneinstitute.org:

On September 28, a “Convention of the Right” took place in Paris, organized by Marion Marechal, a former member of French parliament and now director of France’s Institute of Social, Economic and Political Sciences. The purpose of the convention was to unite France’s right-wing political factions. In a keynote speech, the journalist Éric Zemmour harshly criticized Islam and the Islamization of France. He described the country’s “no-go zones” (Zones Urbaines Sensibles; Sensitive Urban Zones) as “foreign enclaves” in French territory and depicted, as a process of “colonization”, the growing presence in France of Muslims who do not integrate.

END_OF_DOCUMENT_TOKEN_TO_BE_REPLACED

The genius of the ‘Islam is right about women’ stunt, by Alaa Al-Ameri

The stunt is self-evidently brilliant. The article is a long-winded analysis, which is like analyzing a joke, but SLL does it best to publicize and encourage all such subversion. From Alaa Al-Ameri at spiked-online.com:

Posters bearing that message have appeared in a town in Massachusetts. No one knows how to react.

Trolling the woke left has become a popular pastime. It can be clever and funny, but it can just as often be a crude attempt to elicit outrage for its own sake. Rarely, however, does something show up that is easily dismissed as ‘trolling’, but which is so remarkably incisive and apt that it rises not only to the level of satire, but borders on civil disobedience.

Think of Posie Parker’s billboards quoting the dictionary definition of the word ‘woman’. The power of such acts comes from two things. First, they acknowledge – usually with irreducible simplicity – that something that went without saying a moment ago has suddenly become unsayable. Secondly, the outrage they provoke does not come from any epithet, caricature or insult, but rather from having the nerve to draw the viewer’s attention to an act of cognitive dissonance that we are all engaging in, but would rather not acknowledge.

If someone is murdered for his religious beliefs and nobody hears about it, he’s still dead. From Raymond Ibrahim at gatestoneinstitute.org:

“Christian persecution ‘at near genocide levels,'” the title of a May 3 BBC report, cites a lengthy interim study ordered by British Foreign Secretary Jeremy Hunt and led by Rev. Philip Mounstephen, the Bishop of Truro.

According to the BBC report, one in three people around the world suffer from religious persecution, with Christians being “the most persecuted religious group”. “Religion ‘is at risk of disappearing’ in some parts of the world,” it noted, and “In some regions, the level and nature of persecution is arguably coming close to meeting the international definition of genocide, according to that adopted by the UN.”

END_OF_DOCUMENT_TOKEN_TO_BE_REPLACED

A Project to Transform France, by Guy Millière

Emmanuel Macron warns against anti-Semitism among the Yellow Vests, but ignores the obvious anti-Semitism of much of France’s Muslim population. From Guy Millière at gatestoneinstitute.org:

After sixteen Saturday demonstrations by the “yellow vests,” who began in November by protesting French President Emmanuel Macron’s increase in fuel prices, the controversy seems to have taken a darker turn.

END_OF_DOCUMENT_TOKEN_TO_BE_REPLACED

The European Project Comes to an End, by Gefira

Europeans don’t want to be centralized and they’re not too found of immigrants, either, as the EU finds itself whirling apart. From gefira.org:

Though the end of the European Union is inevitable, the proponents of a further integrated or federal superstate are busy making a last effort to achieve their goal. The opposition against the project is mounting with every day. Europe is suffering from economic stagnation, and is facing a demographic calamity.

The pro-European establishment’s last hope was the newly-elected French President Emanuel Macron who was to revive the economy and integrate the European Union under French leadership. Gefira was of the opinion that all these expectations were misplaced. The once great nation is broken beyond repair. France’s problems are much worse than those of Italy. Though Italy has a higher debt-to-GDP ratio than France, France has a larger budget deficit, and the difference is that while Italy has a trade surplus France has a trade deficit, so the country cannot pay for its imports.

END_OF_DOCUMENT_TOKEN_TO_BE_REPLACED

Slowly but surely, sharia law is worming its way into the fabric of European law. From Soeren Kern at gatestoneinstitute.org:

The Federal Court of Justice (Bundesgerichtshof, BGH), Germany’s highest court of civil and criminal jurisdiction, has ruled that a new law that bans child marriage may be unconstitutional because all marriages, including Sharia-based child marriages, are protected by Germany’s Basic Law (Grundgesetz).