The Promise of Pleasure or the Threat of Pain: Reflections on Brave New World and Nineteen Eighty-Four and the Future of Life on Earth, by James Kullander

Whips and chains or mindless, moronic diversion and psychotropic drugs? Which works better to enslave a population? From James Kullander at lewrockwell.com:

“If you want a picture of the future, imagine a boot stamping on a human face—forever.” – George Orwell, Nineteen Eighty-Four

Soon after the publication of George Orwell’s novel, Nineteen Eighty-Four, his publisher sent a copy of it to Aldous Huxley, author of Brave New World. Orwell’s book describes a dystopian hell realm of a world ruled by an invisible yet omniscient “Big Brother,” whose minions keep the masses in check with twenty-four-hour surveillance everywhere, even in one’s home and with threats of violence should any “prol” (short from proletarian) disagree with, and part from, the one and only totalitarian narrative and its demands. Having read that novel years ago, I reread it recently because I recalled that it had quite accurately described back in 1949 when it was first published much of what’s happening in the world today.

Brave New World was published in 1932, 17 years before Orwell’s Nineteen Eighty-Four. A lot had happened in the world in those 17 years: the Great Depression, the fascist overthrow of Spain at the end of the Spanish Civil War, and WWII. Orwell, an Englishman, had joined the International Brigades to fight against Francisco Franco and the Nationalists. Orwell was wounded in a battle in the Spanish countryside—shot in the neck—only later to be hounded and hunted in the littered streets of Barcelona during skirmishes between different factions of the Spanish Republican Army as it met its violent demise. It is said that some of what Orwell experienced and witnessed during those years—the relentless and bogus propaganda coming from both sides, the frenzied destruction of churches and the killing of priests and nuns, the fanatical in-party fighting among those who were supposed to be compatriots, and a “general ‘bourgeosification,’ a deliberate destruction of the equalitarian spirit”—had found its way into his Nineteen Eighty-Four. 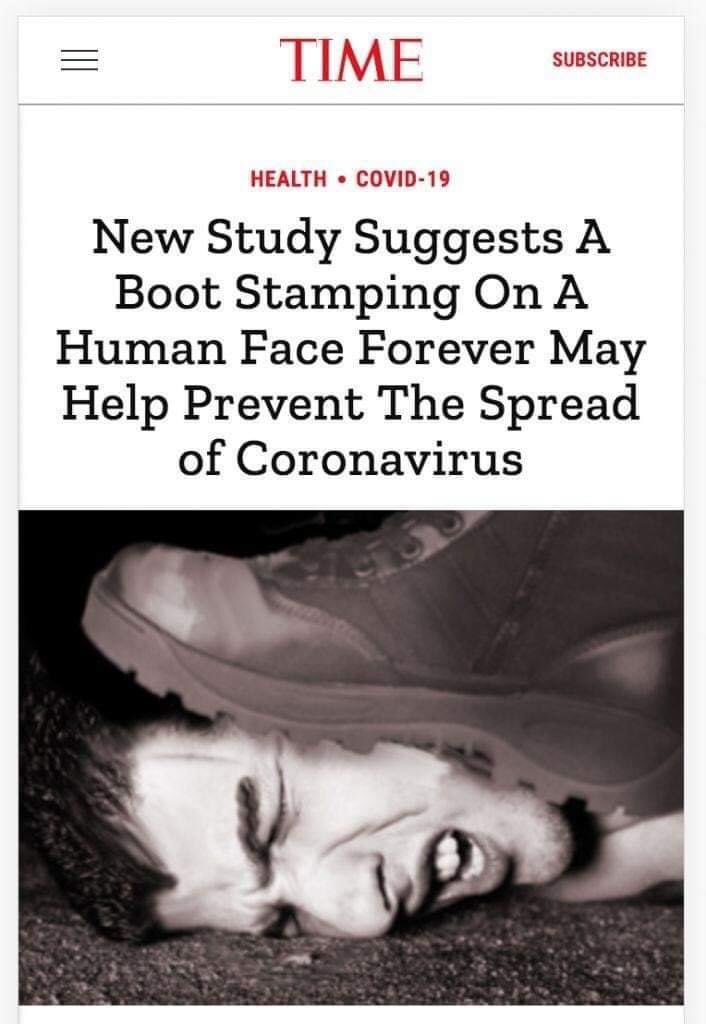 China’s rulers regard Orwell’s 1984 as an instruction manual, and so to do the US’s. From James Rickards at thedailyreckoning.com:

You’re probably familiar with George Orwell’s classic dystopian novel Nineteen Eighty-Four; (it’s often published as 1984). It was written in 1948; the title comes from reversing the last two digits in 1948.

The novel describes a world of three global empires, Oceania, Eurasia and Eastasia, in a constant state of war.

Orwell created an original vocabulary for his book, much of which is in common, if sardonic, usage today. Terms such as Thought Police, Big Brother, doublethink, Newspeak and memory hole all come from Nineteen Eight-Four.

Orwell intended it as a warning about how certain countries might evolve in the aftermath of World War II and the beginning of the Cold War. He was certainly concerned about Stalinism, but his warnings applied to Western democracies also.

When the calendar year 1984 came and went, many breathed a sigh of relief that Orwell’s prophesy had not come true. But that sigh of relief was premature. Orwell’s nightmare society is here today in the form of Communist China…

China has most of the apparatus of the totalitarian societies described in Orwell’s book. China uses facial recognition software and ubiquitous digital surveillance to keep track of its citizens. The internet is censored and monitored. Real-life thought police will arrest you for expressing opinions opposed to the government or its policies.

END_OF_DOCUMENT_TOKEN_TO_BE_REPLACED

A New Kind of Tyranny: The Global State’s War on Those Who Speak Truth to Power, by John Whitehead

Tell the truth about government and our rulers, go to jail…or worse. From John W. Whitehead at rutherford.org:

“What happens to Julian Assange and to Chelsea Manning is meant to intimidate us, to frighten us into silence. By defending Julian Assange, we defend our most sacred rights. Speak up now or wake up one morning to the silence of a new kind of tyranny. The choice is ours.”—John Pilger, investigative journalist

All of us are in danger.

In an age of prosecutions for thought crimes, pre-crime deterrence programs, and government agencies that operate like organized crime syndicates, there is a new kind of tyranny being imposed on those who dare to expose the crimes of the Deep State, whose reach has gone global.

The Deep State has embarked on a ruthless, take-no-prisoners, all-out assault on truth-tellers.

Activists, journalists and whistleblowers alike are being terrorized, traumatized, tortured and subjected to the fear-inducing, mind-altering, soul-destroying, smash-your-face-in tactics employed by the superpowers-that-be.

END_OF_DOCUMENT_TOKEN_TO_BE_REPLACED

The War Is Not Meant To Be Won 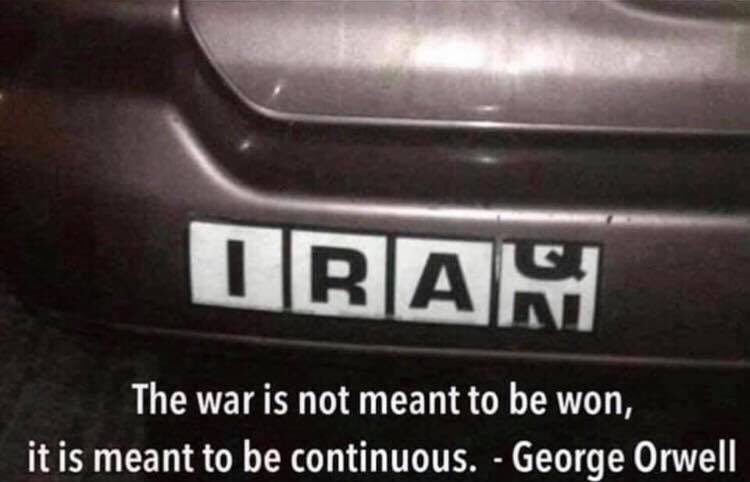 END_OF_DOCUMENT_TOKEN_TO_BE_REPLACED

Don’t let the long title and alliteration scare you away. This a good look at how evil people are seeping intellectual rot into the system. From Doug “Uncola” Lynn at theburningplatform.com:

But evil men and seducers shall wax worse and worse, deceiving, and being deceived.

They are like chaff that the wind blows away.

Many years ago I read a book entitled “People of the Lie”  written by Scott Peck, an American psychiatrist.  It was a fascinating analytic study of malignant narcissism and deceit. I came away from the book with an understanding that a very significant percentage, if not the majority, of people in the world are not decent.

Other conceptualizations presented by Peck in “People of the Lie”included disguise as a main motive of evil, along with descriptions of people assessed as such to being self-deluded, as projecting their own actions onto others, as utilizing the pretense of love to actually hate, and as possessing an inherent intolerance to withstand criticism.  The author further identified evil as the opposition to life; even acknowledging the word “evil” as “live” spelled backwards.  Dr. Peck also claimed evil could be measured by its consistency and conceded that decent individuals have difficulty in cognitively processing the concept:

[Erich] Fromm saw the genesis of human evil as a developmental process; we are not created evil or forced to be evil, but we become evil slowly over time through a long series of choices.

When confronted by evil, the wisest and most secure adult will usually experience confusion.

Peck also illustrated evil as more than the mere absence of good but, instead, as being overtly hateful and destructive. In other words, evil can manifest either by contingent circumstance or design.  More often than not, however, it is the latter; evil happens on purpose. Furthermore, although the banality of evil is evident throughout history, it often materializes in the cult of personality; or, stated another way, institutionalized by way of The Collective.

The Canadian psychology professor, Jordan Peterson, is a modern intellectual warrior who daily combats the pervading cultural orthodoxies of political correctness.  In a recent interview, he stated something to similar to this:

If you live in the post-modernist world, there is no truth; just victory and power games.

From George Orwell, PolItics and the English Language, (1946):

Now, it is clear that the decline of a language must ultimately have political and economic causes: it is not due simply to the bad influence of this or that individual writer. But the effect can become a cause, reinforcing the original cause and producing the same effect in an intensified form, and so on indefinitely. A man may take to drink because he feels himself to be a failure, and then fail all the more completely because he drinks. It is rather the same thing that is happening to the English language. It becomes ugly and inaccurate because our thoughts are foolish, but the slovenliness of our language makes it easier for us to have foolish thoughts. The point is that the process is reversible.