For all those who’ve followed this story since before Trump took office, here’s a comprehensive timeline of the entire sordid effort to depose Trump. From Sharyl Attkisson at sharylattkisson.com:

It’s easy to find timelines that detail Trump-Russia collusion developments. Here are links to two of them I recommend:

On the other side, evidence has emerged that makes it clear there were organized efforts to collude against candidate Donald Trump–and then President Trump. For example:

But it’s not so easy to find a timeline pertinent to the investigations into these events.

Here’s a work in progress.

Where Are the ‘High Crimes’? by Patrick J. Buchanan

Accept everything Adam Schiff and Nancy Pelosi say about President Trump’s phone call with Ukraine’s President Zelensky and there is no way he did anything vaguely resembling an impeachable offense. From Patrick J. Buchanan at buchanan.org:

“Treason, Bribery, or other high Crimes and Misdemeanors.”

These are the offenses designated in the Constitution for which presidents may be impeached and removed from office.

Which of these did Trump commit?

According to his accusers in this city, his crime is as follows:

The president imperiled our “national security” by delaying, for his own reasons, a transfer of lethal aid and Javelin missiles to Ukraine — the very weapons President Barack Obama refused to send to Ukraine, lest they widen and lengthen the war in the Donbass.

The essence of Trump’s crime, it is said, was that he demanded a quid pro quo. He passed word to incoming President Volodymyr Zelensky that if he did not hold a press conference to announce an investigation of Joe Biden and son Hunter, he, Zelensky, would not get the arms we had promised, nor the Oval Office meeting that Zelensky requested.

END_OF_DOCUMENT_TOKEN_TO_BE_REPLACED

The American Deep State Would Sooner Sacrifice the Republic Than Lose Again to Donald Trump, by Robert Bridge

The Democrats are making a hash of traditional safeguards used to protect defendants in criminal trials. They don’t want to identify the initial “whistleblower” who ignited the Ukraine impeachment farce. From Robert Bridge at strategic-culture.org:

You’d really think the American people would have caught on by now. No sooner did Russiagate fizzle out like a wet firecracker did the Democrats, completely indifferent to the dire consequences, toss another incendiary into the public square. Sooner or later something has got to blow, and maybe it already did.

As Americans experience the brutal whiplash of going from the Mueller probe to presidential impeachment in a matter of days, all pretensions of democratic procedure to guide the show trial have been tossed from the clown car. With the boot-licking media to back their every whim and fancy, the Democrats are dragging the Republic to the brink of destruction as they threaten to take down the 45th POTUS, and without a single witness in the dock.

END_OF_DOCUMENT_TOKEN_TO_BE_REPLACED

Impeachment Becomes A Psychodrama Of the Press, by Conrad Black

“Psychodrama” may not be a strong enough term. “Insane obsession” is more apt. From Conrad Black at nysun.com:

We are living through a phantasmagoric psychodrama generated by the dishonest national political press. This is the press whose Joe Scarborough of MSNBC did not show some of President Trump’s responses to his enemies because of “concern” for the president’s family, as he “seems to have lost his mind.”

This is a new frontier in American journalism, where a television news commentator who hates the president wishes to spare the president’s family a rerun of his entirely rational denunciations of his enemies.

END_OF_DOCUMENT_TOKEN_TO_BE_REPLACED

How the US Went from America First to Empire First, by David Stockman

America has acquired an empire because there is a lot of money in it for a select group of people. From David Stockman at internationalman.com:

International Man: In a broad sense, how would you describe the foreign policy of the US?

David Stockman: Well, in two words: Empire First. I contrast that with what Donald Trump thought he wanted to seek as a candidate, America First.

Now these are obviously simplifications and slogans, but there is an underlying substance that’s really important.

I think the basic idea behind “America First” is reaching way back to Robert Taft in the 1950s. He said that we cannot have a permanent warfare state in America, because our foreign policy doesn’t require it and our fiscal capacities can’t afford it.

What Taft basically said is the US sits between these two great ocean moats in a nuclear age, where the number-one threat is a nuclear threat, not an invasion of conventional forces. The way you deal with that is to have overwhelming retaliatory capacity, to keep the other side at bay.

END_OF_DOCUMENT_TOKEN_TO_BE_REPLACED 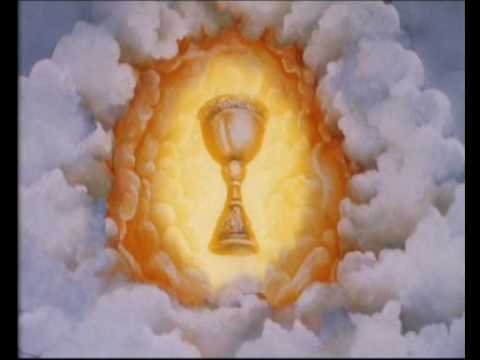 Our rulers believe their Holy Grail is in sight.

But there’s always a purpose in nonsense. Don’t bother to examine a folly—ask yourself only what it accomplishes.

What do the follies of Russiagate and the Ukraine impeachment controversy accomplish?

Truth is always the enemy of power. Exposure of power’s motivations, depredations, and corruption never serves power’s ends. Truth is often suppressed and those who disclose it persecuted. Any illegitimate government (currently, all of them) that fails to do so risks its own termination.

What if, instead of suppressing the truth, a regime could render it irrelevant and not have to worry about it? That prospect is the Holy Grail for those who rule or seek to rule.

Imagine an announcement to the populace: We rule you and every aspect of your life. Your wishes, desires, and plans are immaterial to us. You will do as we tell you or you will be severely punished or eliminated. Our sole end is power and we will be its corrupt and criminal beneficiaries. You are our slaves. Imagine that the announcement was not met with outrage and resistance, only quiet acceptance, even approval. The regime has disclosed the horrifying truth about itself, and nobody protests or cares. It has rendered the truth irrelevant. What future disclosure could threaten it in any way?

END_OF_DOCUMENT_TOKEN_TO_BE_REPLACED

John Bolton – Hero of the Resistance or Traitor?

Is John Bolton stage-managing this latest attempt to impeach President Trump? From Tom Luongo at tomluongo.me:

John Bolton’s part of the story to impeach Trump has reached the end of the first act. The finale will be a doozy… for someone.

A report from the New York Times this morning on Fiona Hill’s testimony before Adam Schiff’s (D – Deep State) kangaroo court casts Bolton as the hero working against Trump’s obvious animus towards his political opponents.

Hill is Trump’s former adviser on Russia, a supremely connected Swamp dweller and Clintonista. Don’t take my word for it. Take Lee Stranahan’s.

The thread traces Hill’s career back to the beginning and who she’s worked with. To call her and John Bolton reliable witnesses without an agenda would be pretty close to fiction.

END_OF_DOCUMENT_TOKEN_TO_BE_REPLACED

No Crimes or Misdemeanors, by James Ostrowski

The problem with the Democrats’ impeachment case against President Trump is that he didn’t do anything illegal or wrong. From James Ostrowski at lewrockwell.com:

So much balderdash has been thrown at us about impeachment in recent weeks that I thought a fair-minded analysis by an experienced constitutional litigator who voted for Ron Paul as a write-in in 2016 and who co-wrote a book about actual high crimes by Obama and Hillary, would be useful.

Since the day he was sworn in, opponents of President Trump have been trying to impeach him.  Ironically, they had accused him of being unwilling to accept the results of the election. All such efforts had failed until Trump made a phone call to the President of the Ukraine and all hell broke loose.  The Deep State, the MSM, and the Democratic Party collectively said, “We got him! Trump abused his power to withhold aid in exchange for dirt on a political opponent.”  This was, they believed, a violation of the Constitution, a breach of trust, and a violation of several criminal statutes as well.  Trump was toast, they thought.  On September 24th, Speaker Pelosi, without waiting to see the transcript of the call, announced the commencement of an impeachment inquiry, by fiat without a vote.

END_OF_DOCUMENT_TOKEN_TO_BE_REPLACED

We’re in a permanent coup, by Matt Taibbi

Matt Taibbi has no love lost for Trump, but he believes the people pushing the coups against him are more dangerous than Trump. From Taibbi at taibbi.substack.com:

I’ve lived through a few coups. They’re insane, random, and terrifying, like watching sports, except your political future depends on the score.

The kickoff begins when a key official decides to buck the executive. From that moment, government becomes a high-speed head-counting exercise. Who’s got the power plant, the airport, the police in the capital? How many department chiefs are answering their phones? Who’s writing tonight’s newscast?

When the KGB in 1991 tried to reassume control of the crumbling Soviet Union by placing Mikhail Gorbachev under arrest and attempting to seize Moscow, logistics ruled. Boris Yeltsin’s crew drove to the Russian White House in ordinary cars, beating KGB coup plotters who were trying to reach the seat of Russian government in armored vehicles. A key moment came when one of Yeltsin’s men, Alexander Rutskoi – who two years later would himself lead a coup against Yeltsin – prevailed upon a Major in a tank unit to defy KGB orders and turn on the “criminals.”