The backlash against the nonsense is coming and count on it being quite powerful. From James Howard Kunstler at kunstler.com:

What were the execs of these mighty companies thinking — these knights of the boardroom, these capitalist geniuses, these moral nonpareils — when they cancelled Atlanta’s turn to host the midsummer All-star Game to “protest” Georgia’s passage of a law that requires voter ID? Surely that they were striking a righteous blow against systemic racism. And then, the rest of the world realized — almost immediately — that Major League Baseball requires online ticket buyers to show ID when they pick up their tickets at any stadium… and that Delta Airlines requires passengers to show ID (duh) before being allowed to fly in one of their airplanes… and that various other corporations snookered into this latest hustle such as Nike, Coca Cola, and Calvin Klein support forced labor in the Asian nations that manufacture their products.

They’re Woke, you see. The tentacles of Wokery have reached into every last compartment of American life now, more effectively even than the Covid-19 corona virus. Wokeness emerged on the scene in 2014 when the feckless teenager Michael Brown was shot to death by police officer Darren Wilson upon arrest in Ferguson, Missouri, an event that kicked off the Black Lives Matter movement. The moral panic BLM ignited proved to be a spectacularly effective device for repelling the truth of the situation, and many more like it, which was that Michael Brown resisted arrest, fought with, and menaced officer Wilson before getting shot.

The Woke moral panic that proceeded from this effectively suppressed two truths about police relations with Black America: 1) that Blacks committed crimes against life and property at a disproportionately high rate to their percentage in the US population, and 2) that the number of unarmed black people killed by police was statistically miniscule, and in most cases involved people resisting arrest or fighting with police. As the 2016 election approached, the Democratic Party realized it was in its interest to cultivate the Woke moral panic so as to marshal the Black voting bloc so crucial to victory at the polls.

The 10 Radical New Rules That Are Changing America, by Victor Davis Hanson

If you think these rules don’t make much sense, rule #11 is nothing has to make sense. See “The Inversion.” From Victor Davis Hanson at theepochtimes.com:

There are 10 new ideas that are changing America, maybe permanently.

1. Money is a construct. It can be created from thin air. Annual deficits and aggregate national debt no longer matter much.

Prior presidents ran up huge annual deficits, but at least there were some concessions that the money was real and had to be paid back. Not now. As we near $30 trillion in national debt and 110 percent of annual GDP, our elites either believe permanent zero interest rates make the cascading obligation irrelevant, or the larger the debt, the more likely we will be forced to address needed income redistribution.

2. Laws are not necessarily binding anymore. Joe Biden took an oath to “take care that the laws be faithfully executed.” But he has willfully rendered federal immigration laws null and void. Some rioters are prosecuted for violating federal laws, others not so much. Arrests, prosecutions, and trials are all fluid. Ideology governs when a law is still considered a law.

Crime rates do not necessarily matter. If someone is carjacked, assaulted, or shot, it can be understood to be as much the victim’s fault as the perpetrator’s. Either the victim was too lax, uncaring, and insensitive, or he provoked his attacker. How useful the crime is to the larger agendas of the left determines whether a victim is really a victim, and the victimizer really a victimizer.

END_OF_DOCUMENT_TOKEN_TO_BE_REPLACED

The woke aristocracy is just as out of touch with the commoners as the French aristocracy was back in the days of Louis XVI. From Simon Black at sovereignman.com: 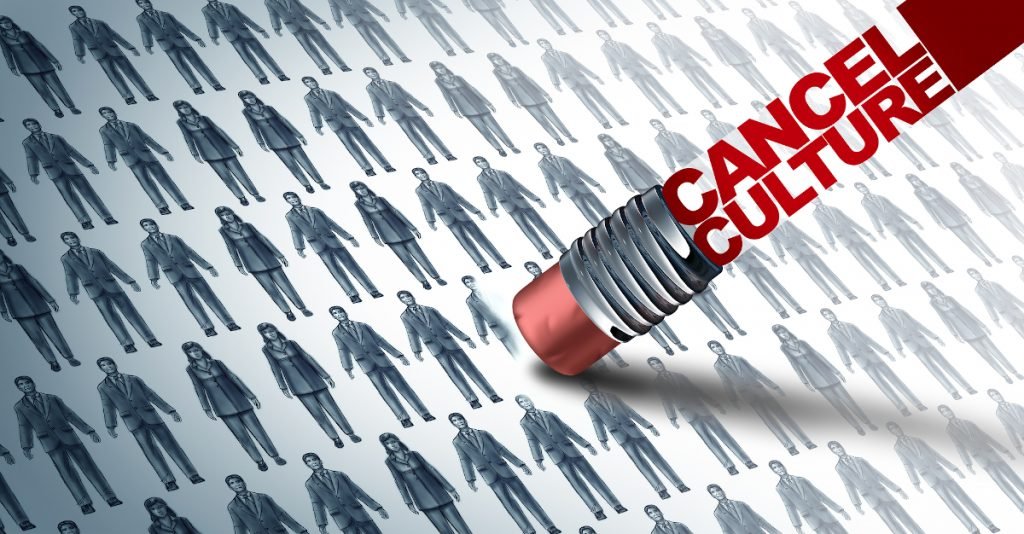 On October 6, 1789, a group of French peasants surrounded the country estate of King Louis XVI of France and demanded that he and his family relocate to Paris.

The people were sick and tired of the king living the luxurious palace lifestyle at their expense. And, fearing what might happen if he refused, Louis consented to their demand.

The French Revolution was already well underway at that point, sparked in large part by people’s disgust with their out-of-touch aristocracy.

France had been rendered bankrupt by the late 1700s; decades of costly foreign wars, coupled with endless extravagances by the nobility, had completely depleted the treasury.

The government’s solutions alternated between pretending their financial problems didn’t exist, to raising taxes at every possible turn.

The nobles hardly noticed. They lived lavashly while passing on the inflation and tax increases to the peasants.

French aristocrats were either completely clueless, or didn’t care one bit, that their policies were ruining people’s lives.

The Queen, Marie Antoinette, is rumored to have summed up this attitude when she said “Let them eat cake”, in response to hearing how countless peasants were starving.

Most likely that story is just urban legend. However there is plenty of historical evidence that she cared far more about her hair and royal gardens than any plight of the French people.

Would You Buy an Automobile Designed by a Woke Engineer? by Robert Bridge

An automobile embodies a myriad of components and processes invented by white men, and awaits a thorough redesign to comport with woke principles. One question: so redesigned, will it run? From Robert Bridges at strategic-culture.org:

“Sometimes 2+2 could equal 5. You know, just like a born male can sometimes suffer menstrual cramps.”

Perhaps the greatest tragedy of the leftwing cancel cult now running amok through the unguarded halls of academia is that highly intelligent people, with absolutely no racial or political ax to grind, are being forced to defend themselves and their respective fields from the most outrageous accusations, time that would be much better spent on valuable research.

While mathematicians over the millennia have successfully solved some of the most perplexing problems, like the Poincaré Conjecture and Fermat’s Last Theorom, they will probably have more difficulty arriving at a solution for appeasing the woke mob now banging on their door.

Difficult as it may be to fathom, the radical progressive inquisition has a beef with the cloistered community of number crunchers, made up as it is, according to the woke crowd, of closet racists and white supremacists. Needless to say, this latest accusation has sent shockwaves through the academic community.

This month, Sergiu Klainerman, professor of mathematics at Princeton University, explained to the journalist Bari Weiss how he has personally witnessed “the decline of universities and cultural institutions as they have embraced political ideology at the expense of rigorous scholarship.” Klainerman admitted that he had “naively thought” that the STEM disciplines (Science, Technology, Engineering and Mathematics) would be not be touched by this “ideological takeover.” Much to his chagrin, he was mistaken.

Our Military’s SJW-Driven Abandonment of Warfighting Is Going to Get Troops Killed, by Kurt Schlichter

Good soldiers, the kind that fight and die for their country and its government, don’t necessarily embrace all the tenets of the woke catechism. From Kurt Schlichter at theburningplatform.com:

It gives me no pleasure to say that I no longer recommend that young people join the military, and I’m not alone. The non-Blue Falcon veteran community is in full revolt against the conscious decision to decline embraced by our current military leadership. After failing to win a war in the last 20 years – and don’t say Syria, because the second President * woke up in the Oval Office wondering how he got there, more of our troops were heading back into the hellscape for reasons no one has bothered to articulate – the military has decided to target an easier enemy, i.e., other Americans.

See, the problem with me and the other vets who are disgusted by the brass’s choice to focus on SJW priorities instead of, you know, successfully deterring or defeating America’s enemies, is that we actually listened to what we were taught when we were coming up. Most of us were trained by the heroes who put the shattered American military together after the Democrat war in Vietnam broke it. We learned about leadership, about putting mission first but taking care of people always, and about objectives and how to attain them.

None of that’s a thing anymore.

So, count us out from complicity with the degeneration of our proud institution into a giant gender studies struggle session. And that’s a big deal. Do you know where the military gets a huge chunk on its recruits? Legacies. These are young troops who want to be like their father or grandfather or big brother or neighbor or other role model. I was the third-generation commissioned officer in my family, on both sides. Guess what? Right now, if one of my kids goes in, it’s against my advice. And again, I am not alone. I hear this over and over and over from other vets. And it makes me furious.

An interesting primer on “wokeism,” and why you’re probably never going to be “woke.” From Sam Jacobs at ammo.com:

It’s a rather strange claim of the American far left that their interests are opposed to that of corporate America, because there’s virtually no evidence to support it. Quite the contrary: During the wave of Black Lives Matter rioting that took place during the early summer of 2020, American corporations marched in lockstep. Not only did they use social media to swear fealty to this political movement, but they also made massive internal changes in conformity with BLM propaganda.

It’s called “woke capitalism” and while it’s not necessarily new, it’s certainly more prevalent than it ever has been. The term itself was coined by conservative editorial writer Ross Douthat in 2018. He succinctly summed up what woke capitalism is: superficial nods toward cultural leftism that allow the company to do what it really exists to do – make money.

You might be confused or think that there’s something ironic or askew about major corporations backing supposed “rebel” ideologies. However, this stems from a very surface understanding of the topic. When we delve deeper into it, the motivation for large corporations siding with ostensibly “anti-capitalist” groups will come clearly into focus.